The launch of Solomon by UGLE last year has been widely publicised in Freemasonry Today and on the group and Provincial websites, however, around half of the brethren within West Lancashire have yet to visit the site or register into it. 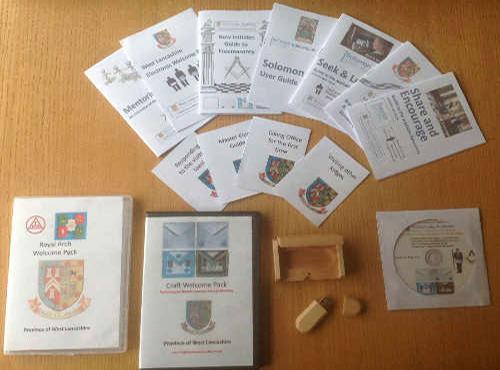 The booklets and information packs that are available.

Aughton Lodge No 7996 hosted an event entitled ‘Solomon the Teacher’, which was attended by 39 brethren from throughout the Ormskirk and Bootle Group. The Provincial Grand Mentor Stewart Cranage explained his approach to mentoring across the Province, asserting that mentoring is not a strict formal process steeped in bureaucracy, it’s simply something we all do as a way of life but probably don’t do it to the best of our abilities.

Stewart started the evening by illustrating a few real examples from around the Province of how our attitude and personal approach to supporting our brethren is potentially the most important factor in developing and maintaining our membership. He continued by illustrating how our main failing is usually the simplest of things to correct.

Stewart then explained how to register onto Solomon and highlighted the depth of the resources that were available now for any brother to access. In particular he strongly recommended the use of ‘Nuggets’ from Solomon which are short five-minute talks. He suggested that if a lodge had no business to perform at a regular meeting, Solomon probably had the solution for them.

He again quoted real examples from around the Province of how lodges had used Solomon to download a short talk which was then delivered by a junior lodge member, or a member who otherwise may not feel involved in the day to day running of the lodge. The advantage of this approach being threefold; the brother delivering the short talk will have learned something, he will feel involved when he delivers it and the lodge not only have a business item on their summons but most members will probably learn at least one fact they previously did not know. 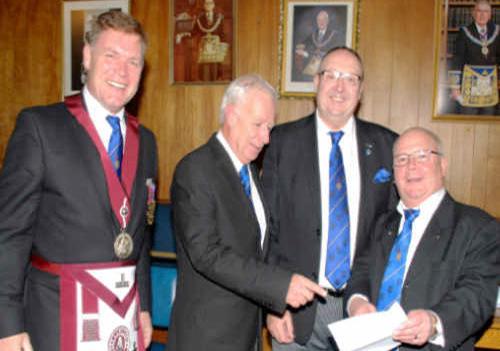 Stewart Cranage (second left) discussing the Solomon website with some of the brethren present.

Then as a break from his formal talk, Stewart perambulated around the lodge room explaining and demonstrating examples of the history and purpose behind the ceremony of initiation, concluding the demonstration by saying that if our brethren understand why we say or do things it makes learning the ritual so much easier.

Stewart then demonstrated the West Lancashire electronic welcome pack, explaining that it complimented the Solomon ‘Seek & Learn’ modules by providing an interactive tour of Freemasonry, with elements specific to our Province.

Stewart then took to the lodge room floor once again, this time to explain elements of the 2nd degree. He concluded the evening by giving details of the additional resources that were available to all brethren, this included a number of ‘mini guides’ and ‘aides-memoire’.

After closing the lodge in peace and harmony, 34 brethren made their way to an excellent festive board which was enjoyed by all. During this, a raffle and football scratch card was held which raised £220 which will be donated to charities at a later date.