The Lodge of Chivalry No 3974 has seen a slight increase in membership over the last few years and at it installation all the officers were light blue with the exception of the senior warden. 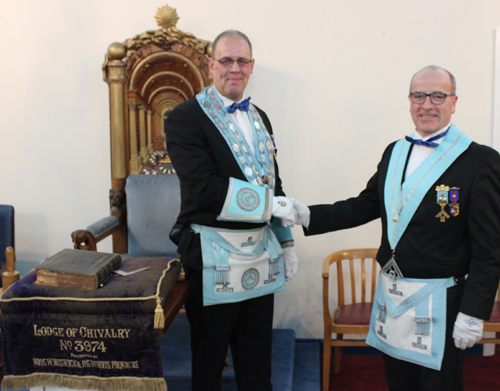 The outgoing WM, Andrew Bradshaw ,has been in the chair for two years, in order to allow the new members to progress through the lodge offices, which has resulted in the incoming master Martin Stewart to be installed in the master’s chair in the lodge’s centenary year.

Martin is 40 years old and is married to Karyn, they have eight sons between them and one is to be initiated by dispensation (as he is not yet 21 years old) in the lodge’s first meeting after the installation.

Martin was initiated into the lodge in February 2012 and has occupied all the offices. Martin is an excellent ritualist and has a busy year ahead as he plans to initiate, pass and raise his stepson Zac to the degree of a master Mason in his year in the chair, with the explanation of the three tracing boards being given in between the three ceremonies! Martin also intends to attend all the installations in the Ormskirk and Bootle Group during his year in office – a busy year ahead! 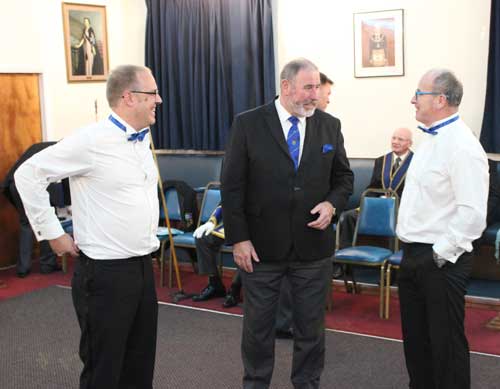 Frank (centre) is pictured talking to Andrew and Martin before the ceremony started.

Martin started his own business – Ultimate UPVC Repairs a few years ago after having moved to Tunstall for his last employer, who having promoted him, after 12 months made him redundant. The business is doing well and Karyn is now working for the business running the office.

Martin plans to reinvigorate the social activity in the lodge and he has already held two social events during the summer break, a curry night in July and a Sunday lunch in September. He also arranged for the Ladies to dine on the installation night. 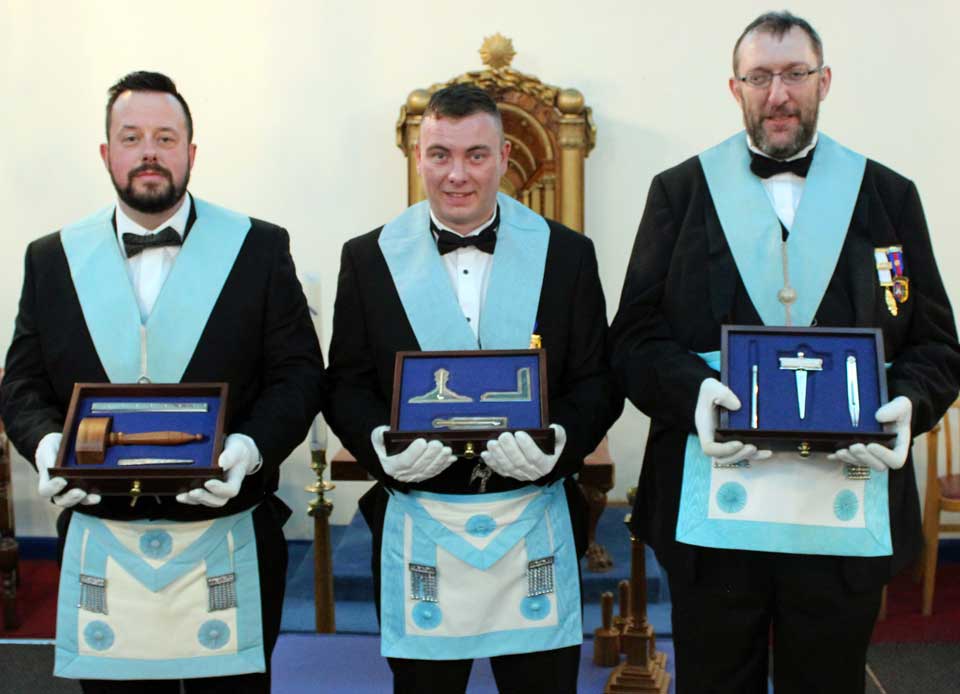 Pictured from left to right, are: the three members who presented the working tools, Wayne McGuffie, Adam Woods and Stuart Flynn.

Following the meeting the brethren retired to the main dining room downstairs, while the ladies dined in the private dining room upstairs, where they enjoyed a wonderful four course meal and wine which was included in the cost of the meal.

A great night was had by all. 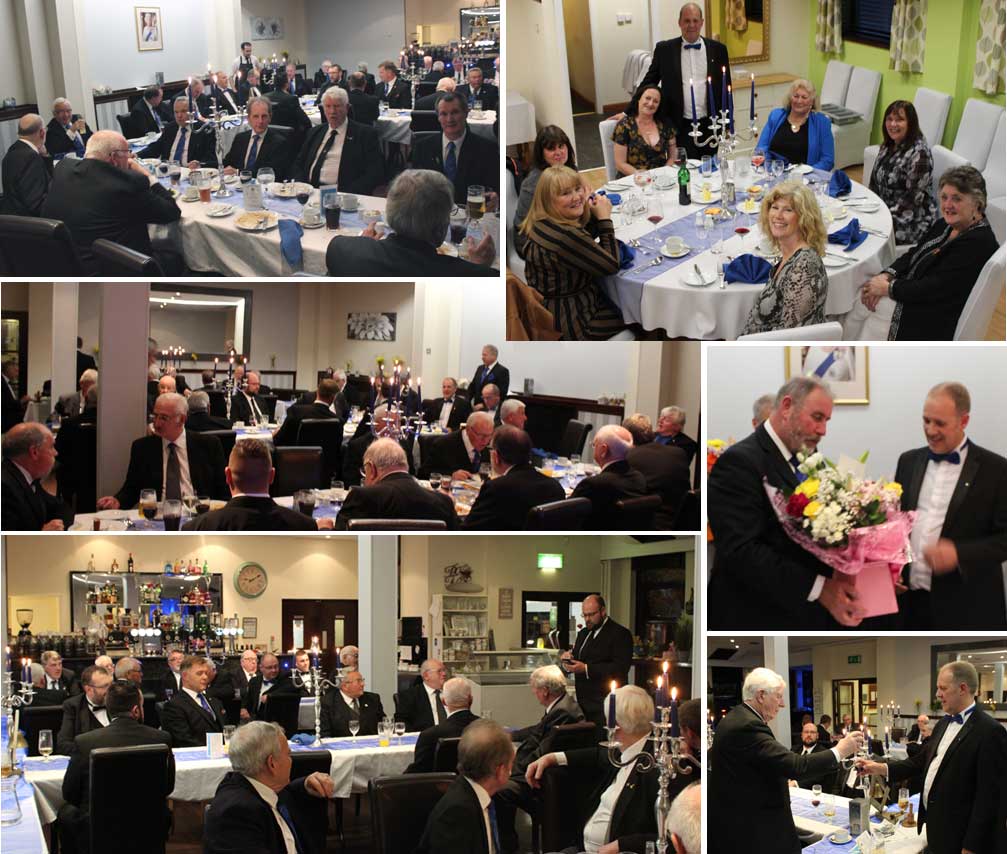 Pictures from the festive board.